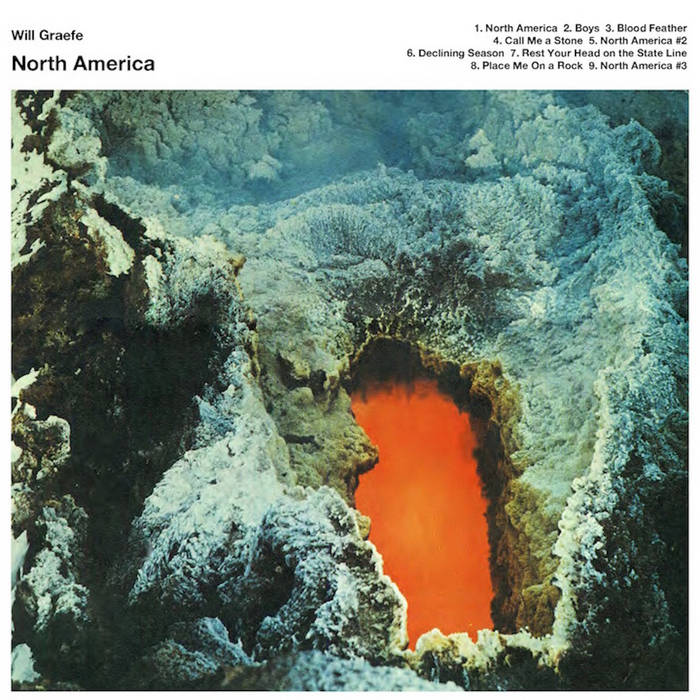 North America is a collection of songs written on the road. Solitary and pastoral, it reconciles the brash melodicism of Aaron Copland and Sonny Sharrock with the ornate storytelling of Joni Mitchell and Cass McCombs. These are songs of deceit, folly, addiction, wanderlust, and persistent yearning, but there is a defiant optimism in their melodies.

Will Graefe has spent the last decade touring relentlessly as a guitarist for Okkervil River, Larkin Grimm, Petra Haden, Landlady, and many others. This is his first official solo album and the first record to feature his voice. North America is out June 23rd on Pretty Purgatory.