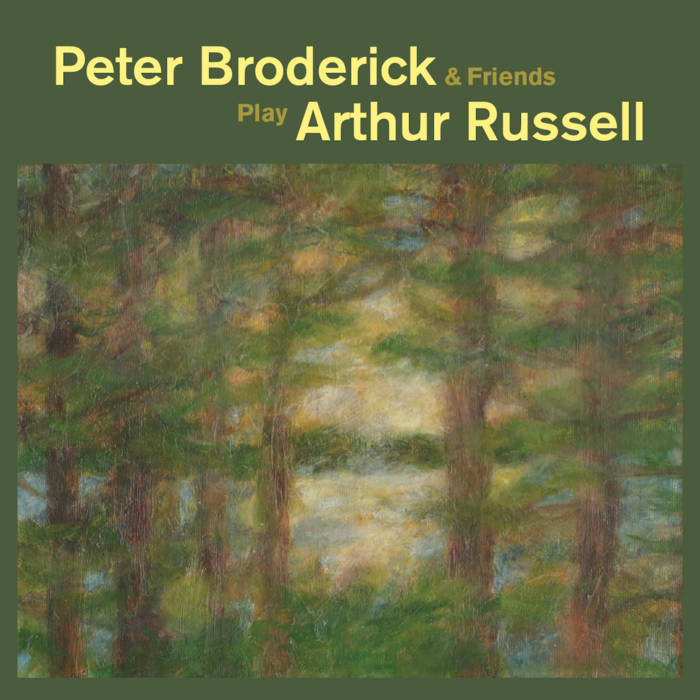 It all began in summer 2017 when Peter Broderick's former Efterklang bandmate Rasmus Stolberg invited him to perform at his new festival in Denmark, with the specific idea that Peter would play an entire set of Arthur Russell songs. As a long-time lover of Arthur’s work, Peter immediately accepted the invitation and began to learn a collection of Russell songs. Stolberg put together a band of Danish musicians to join Broderick on stage, and the festival performance went off without a hitch.

Immediately after, Peter starting receiving invitations from other festivals, asking for the same thing — a full set of Arthur Russell songs. Even Arthur’s long-time partner Tom Lee took notice of these performances of Arthur’s work, and reached out to Peter personally. It wasn’t long before Broderick was invited to examine some of Russell’s archival work, and asked to do audio restoration work on the old tapes.

Peter’s strong love for Arthur’s work grew exponentially as he dove into the psyche of his hero, listening to hours and hours of unreleased material. He discovered that some of his favorite Russell songs have yet to be heard by the masses, and felt inspired to learn some of these tunes himself.

It was inevitable that Peter would record an album of his own renditions of Arthur’s songs. And there was no better place to do it than the state of Maine, where most of Arthur’s surviving family are based, and where Broderick himself was born back in 1987. With a large cast of friends and family, including Arthur’s niece Rachel Henry and nephew Beau Lisy, Peter set out to capture his love for Arthur’s music with a diverse collection of 10 songs, two of which have yet to be released in their original versions.

Its cover adorned with an original painting by Tom Lee, ‘Peter Broderick & Friends Play Arthur Russell’ is a vibrant and joyful tribute to one of Broderick’s greatest heroes. Peter extends his deepest gratitude to all of Arthur’s family, friends and fans who have so warmly welcomed his own versions of these tunes. It is hoped that these recordings will serve to honor the truly staggering legacy of Arthur Russell.

We love you Arthur!